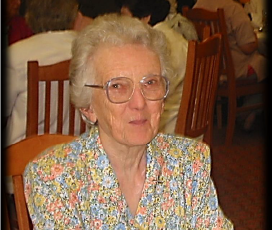 This Dominican Sister had a Passion for Social Justice

Sister Mary Britt OP, who died in Sydney on 5th December, a few weeks short of her 94th birthday, will be remembered for, among many things, the strength of her passion for social justice.

When I took up the newly created position of executive secretary to the Australian Bishops Committee for Justice, Development and Peace (BCJDP) in October 1987, I soon became aware that this gifted and amiable Dominican Sister was already a valuable ally in the hierarchy’s pursuit for justice and peace in both the Church and the whole of society.

I found that Mary Britt had played a key role in preparing a report for the Bishops on the USA Bishops’ model for drafting pastoral statements on justice and peace. The report had been produced by a small group including Mary and a few other researchers and advisers convened by the activist Marist Brother Mark O’Connor.  It was presented to an interim advisory committee of the Australian Catholic Bishops Conference (ACBC) opening the way for the soon-to-be-formed Australian Catholic Social Justice Council (ACSJC). It was duly published in 1988 as the new Council’s first issues paper.

Meanwhile, Mary Britt had volunteered to assist the BCJDP to conduct its first major undertaking – a national consultation on the distribution of wealth in Australia. The project was applying some of the principles and suggestions contained in the report Mary had helped to produce. Her skills as a researcher, analyst and organiser were of exceptional value, given the significance of the theme and the unexpectedly large number of written and oral submissions received for the undertaking and needing to be reviewed and subjected to complementary investigation. The outcome after busy years for the small team working under my direction was the publication of the well recalled Bishops’ pastoral statement Common Wealth for the Common Good in September 1992.

In the same year, Mary and her closest friend, the late and very talented Sister Carmel Leavey OP (who pre-deceased her last year by some eight months) co-authored Sponsoring Faith in Adolescence, as part of an Institute of Religious Studies team. This work became a relevant resource for the BCJDP’s next major consultation, on young people in Australia.

Soon after giving the BCJDP and the ACSJC the benefit of her expertise, Mary was called on to serve her Congregation for three years as the Prioress of the Dominican Sisters of Eastern Australia and the Solomon Islands. While this leadership role gave her the chance to ensure that social justice principles occupied an appropriate place in her Congregation’s life, it was only afterwards, in 1999, that she was free to take on some of the compassion-motivated justice activities which were to be a large part of her life in most of her remaining years.

In that year, Mary, with Carmel Leavey, began making regular visits to refugees and asylum-seekers in the Villawood Immigration Detention Centre. These visits over almost two decades, until physical frailty intervened for both of them, were not only to those simply awaiting (at times for excessive periods) decisions on their applications to become immigrants, but also, in the Centre’s more rigidly enclosed section, to overstayers and those who had faced other criminal charges.

At the request of the Edmund Rice Centre, Mary and Carmel assisted its head, Phil Glendenning, in researching what had happened to some of the failed applicants after the Government had forced them to return to the countries from which they had fled. Both Phil and Mary took the risk of travelling to places like Afghanistan with this aim. Mary contributed to the writing of the Centre’s two- volume report titled Deported to Danger.

The booklet prepared for Mary Britt’s funeral Mass in the Santa Sabina Chapel, Strathfield on 16th December notes some of the other examples of her commitment to social justice. They included her membership of the Housing Advisory Committee of the St Vincent de Paul Society, of the ecumenical ‘Fair Share’ Committee and of the Forum of Religious for Justice. She was also the Chairperson of her Congregation’s Social Justice Group.

Mary Eveleen Britt, the only daughter of  Herbert and Bridget, was born in West Wallsend on 30th December 1926. After completing her schooling at St Joseph’s Convent Lochinvar, she had her first main contact with Dominicans (notably Father Bernard Curran OP) while studying at Sydney University from 1944 to 1947, being an active member of the Newman Society and living in Sancta Sophia College, Camperdown. It was in this period that she met and became a lifelong friend of Carmel Leavey.

After graduating, Mary had teaching appointments from the Department of Education for six years before entering the Dominican Novitiate in 1954.  Following her religious profession as Sister M. Reginald in January 1956, Mary continued her successful teaching career, eventually becoming Principal in Maitland, Moss Vale and at Santa Sabina, Strathfield. Leading administrative positions, alternating with or accompanied by her increasing involvement in social issues, followed.

In all of these roles, she was to become increasingly influenced by the teachings and spirit of the Second Vatican Council. She is also remembered in all her positions, as she is by this writer as one of her fortunate associates for a few years, by her delightful sense of humour, her ease in making friends and her readiness to enjoy life without being overcome by obstacles.

It was recalled at her farewell that this statement by the World Synod of Bishops in 1971 from Justice in the World was Mary Britt’s constant theme: “Action on behalf of justice and participation in the transformation of the world … is a constitutive dimension of the preaching of the Gospel.”  May she rest in peace.