Dreams for the Amazon and Asia Pacific 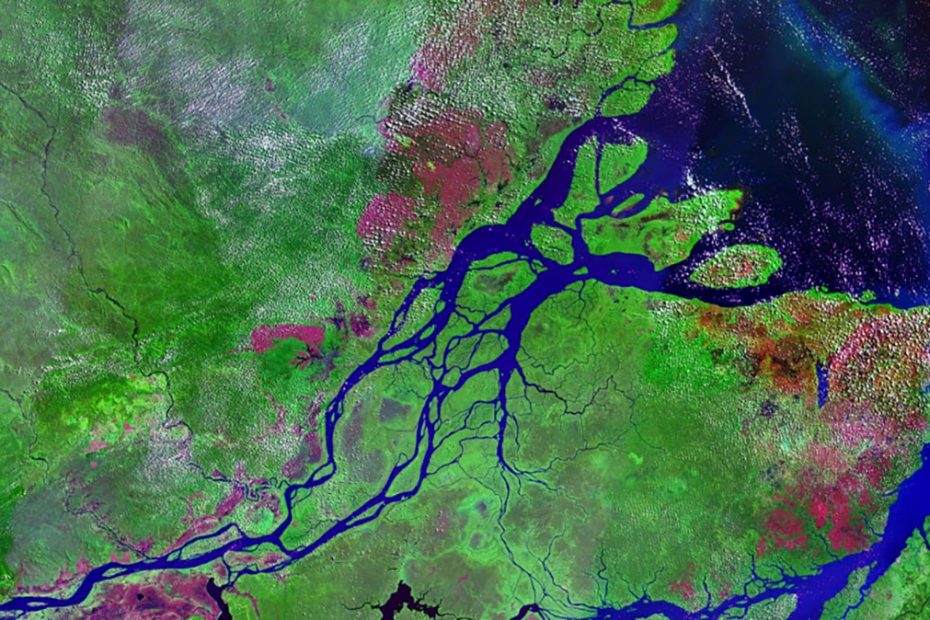 Pope Francis shared four dreams for the Amazon in his Post-Synodal Apostolic Exhortation Querida Amazonia (Beloved Amazonia). The similarity of these dreams to the vision of the Federation of Asian Bishops Conferences (FABC) for the Church in Asia is striking. They also struck a chord with the dreams of First Nations people across Australia as National Aboriginal and Torres Strait Islander Catholic Council (NATSICC) Chair John Lochowiak explains.

Being Church in the Asia Pacific Region

Plenary Assemblies of the FABC going back to 1974 have expressed commitment to a ‘triple dialogue’ with the poor, with the cultures of Asia, and with the great religions of Asia. I was privileged to attend a recent workshop in Siem Reap, Cambodia hosted by the FABC Office for Human Development and its Climate Change Desk. I noticed that participants were already adopting the language of a ‘four-fold dialogue’. Creation is increasingly seen as a fourth dialogue partner in the FABC’s ‘new way of being church in Asia’.

Closer to home, in the Uluru Statement from the Heart, the First Nations people of Australia ask not just to be counted, but to be heard. They ask for a Voice to Parliament, and for their rightful place in their own country to be respected. Recognition, social and economic inclusion, respect for culture and for creation, are constant themes in the aspirations of Indigenous peoples internationally.

In the Church too, First Nations people ask for their cultures, spiritualities and leadership to be respected. NATSICC and local Aboriginal Catholic Ministries continue to suggest ways in which the Church can become more like the Church that Jesus wants, however the gift of being with God in and through their cultures isn’t always joyfully received by others. NATSICC’s forthcoming Spirituality and Formation Retreat provides an opportunity to do so.

John Lochowiak’s warm reception of Querida Amazonia offers an alternative point of view for those whose hopes for changes such as admitting women to the deaconate or married men to the priesthood were disappointed. He says “those of us involved in the National Aboriginal and Torres Strait Islander Catholic Council feel it [not adopting these options] is reflective of the need to take a wider perspective and consider options and avenues that have not yet been fully explored.” Bishop Vincent Long, Chair of the Bishops Commission for Social Justice, Mission and Service agrees, saying that Pope Francis “warns us against the temptation to replicate old ways of doing things when God is calling for new ways. He affirms that we must listen to the poor, walk with them and offer them a viable alternative instead of imposing on them a neo-colonial model: the idea that the Amazon is full of raw resources to be extracted and a wild expanse to be conquered, ignoring the rights and values of the people and their lands, exploiting and enslaving them. It is a message that has relevance for us as we endeavour to walk the journey of reconciliation with our Indigenous brothers and sisters”. Pope Francis, John and Bishop Vincent all invite us to dream bigger, beyond currently existing categories. I think that the Plenary Council process does too.

As we reflect on Pope Francis’ dreams for the Amazon region, quoted below, let’s try substituting ‘Australia’ or ‘Asia Pacific region’ for ‘Amazon region’:

I dream of an Amazon region [Australia or Asia Pacific region] that fights for the rights of the poor, the original peoples and the least of our brothers and sisters, where their voices can be heard and their dignity advanced.

I dream of an Amazon region [Australia or Asia Pacific region] that can preserve its distinctive cultural riches, where the beauty of our humanity shines forth in so many varied ways.

I dream of an Amazon region [Australia or Asia Pacific region] that can jealously preserve its overwhelming natural beauty and the superabundant life teeming in its rivers and forests [we could add: oceans, reefs, deserts, mountains and plains].

Are these our dreams too? Is this what the Spirit is asking of us in Australia?

Contemplating Jesus on the Cross and In the World

The Synod on the Amazon was concerned with a special part of our world but its themes have universal resonance. The human longing for that harmony which comes from right relationships with each other, with creation, and with God, is felt by all of us. During Lent, prayer, fasting and alms giving help us on the journey of conversion and reconciliation.

Starting with prayer, Pope Francis reminds us in his Lenten Message 2020 that contemplating Jesus on the Cross calls forth our compassion for the “wounds of the crucified Christ present in the many innocent victims of wars, in attacks on life, from that of the unborn to that of the elderly, and various forms of violence” (n 4). He says that we see these wounds also “in environmental disasters, the unequal distribution of the earth’s goods, human trafficking in all its forms, and the unbridled thirst for profit, which is a form of idolatry” (n 4). The cry of the poor and the cry of the earth rise up from the wounds of Christ crucified in our world today.

How are we to heal these wounds?

Taking small actions each day can help us to develop habits of attentiveness and solidarity. Through them we may gain deeper insight into possibilities for transformative action. The Commission for Ecology of the Conference of Catholic Bishops of India, together with the Mumbai Archdiocesan Office for the Environment, have produced a Lenten Eco Calendar to encourage a focus on reconciliation with creation this Lent. Perhaps some of the actions suggested might become an ongoing part of our lives?

The interconnectedness of social, economic and ecological issues is a recurring theme in Francis’ teaching and he takes it up again in both Querida Amazonia and his Lenten Message. He encourages us to live more simply, and to share, saying “giving makes us more human, whereas hoarding risks making us less human, imprisoned by our own selfishness” (Lenten Message, n 4). Project Compassion and the Vinnies Bushfire Appeal are just two ways of sharing our resources this Lent.

Going further, Francis says we must also “consider the structural aspects of our economic life”. He is showing the way by convening a meeting in Assisi with young economists, entrepreneurs and change-makers in November (postponed from 26 to 28 March because of travel restrictions) “with the aim of shaping a more just and inclusive economy” (Lenten Message 2020, n 4). Meanwhile, in Australia, the Steggall Bill invites a national conversation on planning for adaption to climate change, and for a just and inclusive transition to a more sustainable low carbon economy. While the particular mechanisms proposed should be evaluated on their merits, there is no doubt that the cooperation of parliamentarians across the political spectrum, and of governments at all levels, is needed to face the climate crisis for the sake of the common good of all, and for the sake of creation.

With Pope Francis, let us pray that our observance of Lent opens our hearts to hear God’s call to reconciliation with each other, with creation and with God. May we dream big and respond wholeheartedly to the befriending Spirit.