To See and Care for Climate Displaced People 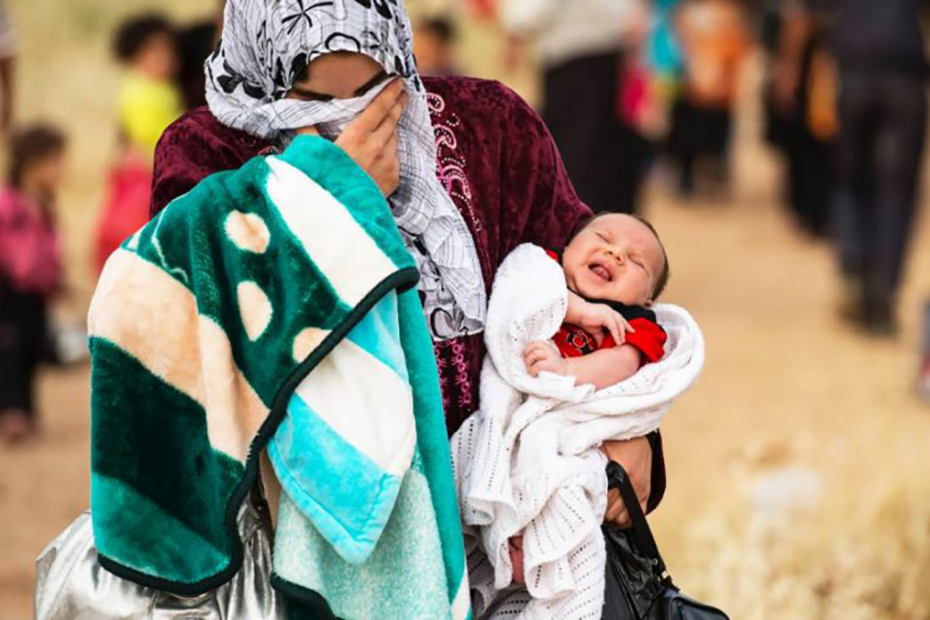 The climate emergency is forcing thousands of people around the world to leave their homes and livelihoods due to arid lands, disappearing food and water supplies and natural disasters. The Vatican’s Dicastery for Promoting Integral Human Development has released a document directly responding to this challenge. It provides practical actions for Catholic organisations and people of goodwill. This document can be used in information campaigns, the development of programs supporting climate displaced people and when speaking with decision makers.

“We are engulfed by news and images of whole peoples uprooted by cataclysmic changes in our climate, forced to migrate. But what effect these stories have on us, and how we respond – whether they cause fleeting responses or trigger something deeper in us; whether it seems remote or whether we feel it close to home –  depends on our taking the trouble to see the suffering to dare to turn what is happening… into our own personal suffering that each story entails in order ‘to become painfully aware, and thus to discover what each of us can do about it’ (Laudato si’ 19).”

The Migrant and Refugee Section of the Vatican’s Dicastery for Promoting Integral Human Development released a detailed document on the pastoral care of people displaced by the climate emergency.

Released on the 30th of March, 2021, Pope Francis says in its preface, “The Pastoral Orientations on Climate Displaced People calls on us to broaden the way we look at this drama of our time. It urges us to see the tragedy of prolonged uprootedness that causes our brothers and sisters to cry out, year after year, ‘We can’t go back, and we can’t begin anew.’ It invites us to become aware of the indifference of societies and governments to this tragedy. It asks us to see, and to care. It invites the Church and others to act together, and spells out how we might do so.”

Modelling this communal response, the Migrant and Refugee Section worked with the Integral Ecology Sector to produce this document which contains facts, stories, policies and proposals for people of good will, Christians and Catholics to use and reflect on in their response to people displaced by the climate emergency.

The Orientations offers ten challenges the global community faces and provides practical actions calling for a grassroots response and advocacy which expands to the farthest reaches of the world in order to ‘welcome, protect, promote and integrate’ people forced to leave their homes by the climate crisis.

“’Can we disregard the growing phenomenon of ‘environmental refugees’, people who are forced by the degradation of their natural habitat to forsake it – and often their possessions as well – in order to face the dangers and uncertainties of forced displacement?’ The question answers itself: ‘No we cannot!’”

The Pastoral Orientations on Climate Displaced People is available here.