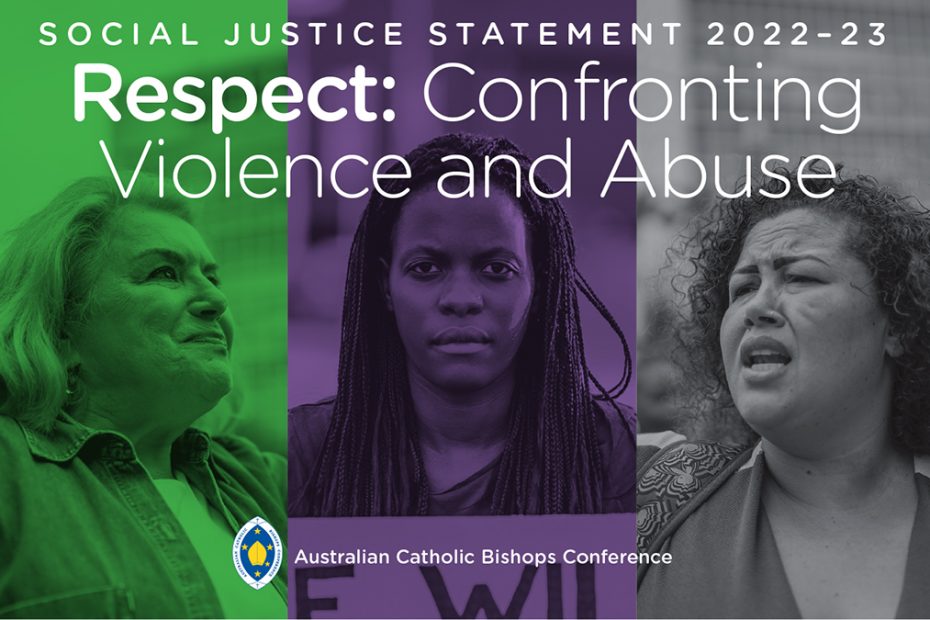 Australia’s bishops have used their annual social justice statement to condemn the scourge of domestic and family violence, saying relationships must be “marked by respect and freedom rather than coercion and control”.

The Church in Australia has published social justice statements each year since the 1940s on a wide range of topics. This year’s statement is titled Respect: Confronting Violence and Abuse.

The document draws on data around family and domestic violence, and gathers the insights of people – especially women – on that data. It also reflects on the words and example of Jesus.

“The teaching of Christ urges us to promote relationships marked by respect and freedom rather than coercion and control,” Australian Catholic Bishops Conference president Archbishop Timothy Costelloe SDB writes in the foreword.

The statement, citing the Australian Institute of Health and Welfare, explains that family and domestic violence “affects people of all ages and from all backgrounds”, but notes it “predominantly affects women and children”.

Younger women, women with disabilities, people in regional areas, people from culturally and linguistically diverse backgrounds and members of the LGBTQI+ community were highlighted as particularly vulnerable to violence, various studies have found.

The statement also points out that “family and domestic violence is a painful and complex reality for Aboriginal and Torres Strait Islander communities”.

The document’s sections cover the importance of listening to women and children, the drivers and enablers of violence, supporting respectful relationships and the importance of respect, dignity and justice, as well as transformation and hope.

The statement concedes that in some contexts, Scripture has been used to explain or even justify instances of violence against women or children. It rejects such distortions.

Passages used to imply the inferiority of women or children “do not reflect a context in which the equal dignity of every human being created in the image and likeness of God is acknowledged, or in which marriage is based on a relationship of love, mutuality and partnership”.

“The respect due to each member of a family, household or community should reflect the respect and care shown for others by Christ,” the statement says.

The statement promotes programs and agencies that support those who suffer various forms of violence, but also highlights the importance of support for those who perpetrate such violence.

The Catholic Church is a major provider of services for all people affected by domestic and family violence through its dioceses, agencies, religious institutes and other organisations.

Respect: Confronting Violence and Abuse has been published ahead of the Catholic Church’s celebration of Social Justice Sunday on the last Sunday of August – August 28 this year.

The statement and associated resources can be found at: www.socialjustice.catholic.org.au or bit.ly/SJS22-23