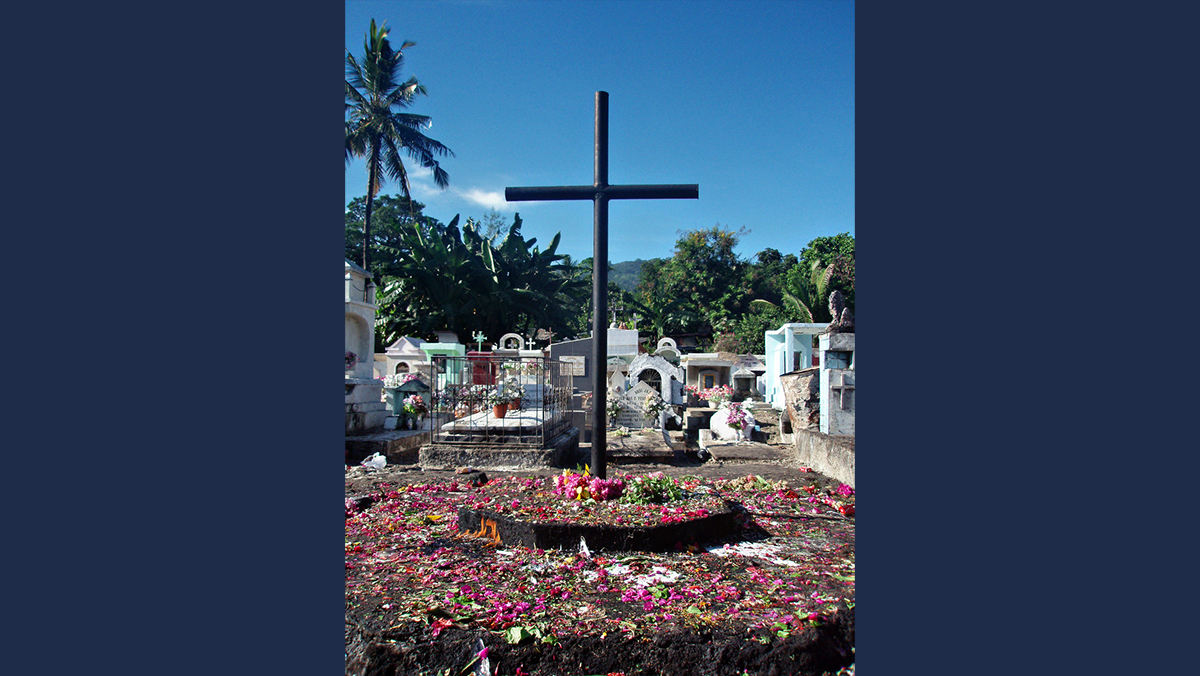 On November 12, 1991, 271 unarmed and peaceful protesters were massacred by Indonesian troops at Santa Cruz Cemetery in Dili, the capital of Timor Leste. 250 people are still listed as missing. Timorese protesters attended Mass at Motael Church on the morning of the massacre to honour and remember Sebastião Gomes, a fellow protester, who had been killed by the Indonesian military on October 28. The protesters then walked two kilometres in procession to Santa Cruz Cemetery where they were met by an unprovoked assault by automatic weapons. Those who were not killed in the initial attack were bayonetted. People who fled to nearby houses for shelter were hunted down and murdered. In the following days, Indonesian security forces arrested suspected protesters, and many were tried and imprisoned. Others were tortured and killed.

This horrific episode in the history of Timor Leste was minimised at first by some governments around the world, including the Australian government. Indonesian government officials alleged that the deaths in Dili were the result of isolated actions from rogue elements within the Indonesian military, capping the death toll at 19. However, a video record of the massacre taken by British journalist Max Stahl was smuggled out to the BBC. The truth of the ongoing and sanctioned violence against the Timorese people by the Indonesian government and military could no longer be denied.

The Timorese people had suffered violent oppression since the Indonesian invasion in 1975, and thousands of Timorese has been killed. Xanana Gusmão proved to be an effective and galvanizing resistance leader against the Indonesian occupying force, and the Santa Cruz Massacre turned the eyes of the world on Timor Leste. The UN Special Rapporteur on Torture was in Dili on November 11, 1991. Evidence of the massacre, and the brave witness of survivors of torture over many years, led to Timor Leste becoming an independent nation in 2002. Gusmão became the first President of the Democratic Republic of East Timor (Timor Leste).

Prayer on the 30th Anniversary of the Santa Cruz Massacre

Ever-living God,
refuge of the oppressed
and comforter of the sorrowing,
we trust in your infinite mercy and care.

Today we remember the young Timorese who died for freedom
in the Santa Cruz cemetery thirty years ago.

We pray for them,
their families,
and for all the Timorese people.

We ask you, O God, for the wisdom and courage
to follow the way of Jesus your Son,
to work for the peace that comes from your justice,
and to see you in all whom we meet.

We ask this in the name of Jesus,
who died and rose again,
and who lives with you for ever and ever,

Listen to the music here

This instrumental music was written as a lament response to the violence suffered by the people of Timor Leste at the Santa Cruz Massacre in 1991, and from 1975. It is a meditation of 9 minutes that acknowledges the cry of the oppressed, and the hope for freedom and redemption even amidst grief and loss.

This monument is usually covered in flowers, especially on November 12 each year.

A History of the Conflict: