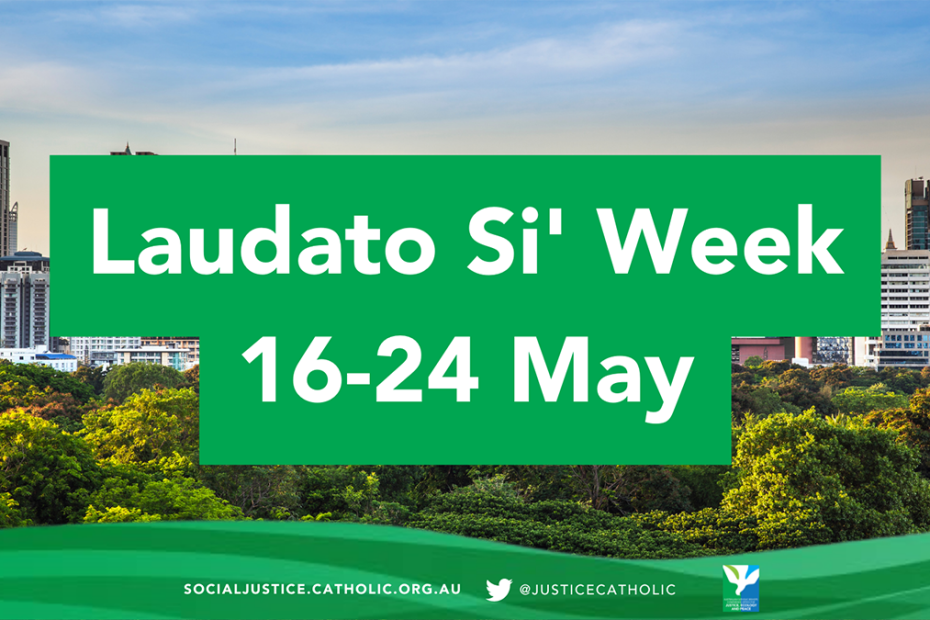 Stable annual celebration dates will enable our Office for Justice, Ecology and Peace to prepare prayer and reflection materials for Laudato Si’ Week in a timely manner each year fulfilling our commitment in Cry of the Earth, Cry of the Poor.

It is common for international celebrations in the Catholic Church to be celebrated at separate times in various parts of the world. For example, in Australia we celebrate Word of God Sunday on the first Sunday in February whereas other countries celebrate it on the Third Sunday in Ordinary Time. Bishops Conferences make these decisions taking into consideration the pastoral needs of local communities.

Our prayer, reflection, and action materials for Laudato Si’ Week 2022 are labelled for each day from 16 to 24 May, but they can be used at any time. You may choose to use one, some or none of them and adapt them to suit your context or needs.

While fostering right relationships with First Peoples should be part of our response to Laudato Si’ Goal Two, responding to the cry of the poor, Reconciliation Week is a major national event that draws attention to a fundamental question of justice in Australian society. It should not be displaced by or simply subsumed into other celebrations.