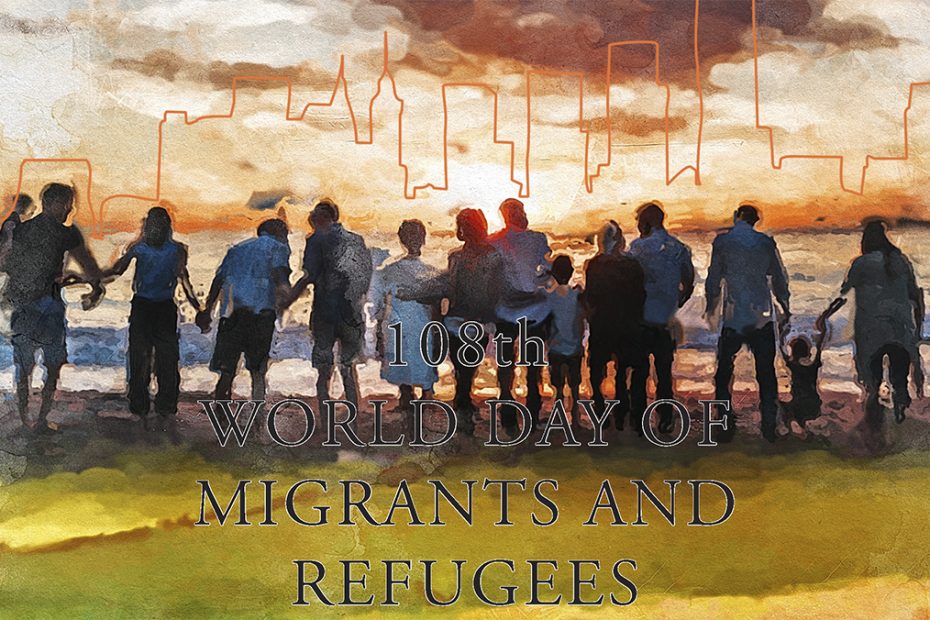 The 108th World Day of Migrants and Refugees is on 25 September, 2022. The Australian Catholic Migrant and Refugee Office has produced a kit for schools and parishes to celebrate and embrace the day and its theme, “Building the future with migrants and refugees.”

As well as prayers, prayer services, reflections, posters and images, the kit has the stories of three people.

The following story is written by Eh Doh Soe. It is his story of employment here in Australia:

Eh Doh Soe aka “James” was born and grew up at the Thai Refugee Camp until he was 18 years old. He and his family arrived in Melbourne in 2008. James got married and settled in Dandenong and had a small family with two young girls. In January 2020, James and his family decided to move to Tamworth because of family connections. His first job in Tamworth was at the Baiada agro processing. He didn’t like his job much so he moved to Thomas Food International (TFI) and worked there for nearly a year.

Work in the meat abattoir is hard and back-breaking. A lot of migrants from all backgrounds go to the meat works as a first point of job entry as it does not require a lot of English and pays well. For someone coming from overseas and wanting to start a new life in regional Australia, this is the job of choice.

Northern Settlement Services (NSS) heard that Nyman’s Smash Repair was looking for workers. They have job vacancies and could not find any reliable person to do their powder coating. Hearing this, NSS mentioned it to James who was a bit unhappy at TFI especially with very early working hours and working in a very cold environment.

He was open to new job opportunities and wanted to move on. Having told him about the vacancy they were introduced to Ben, powder coating manager at Nyman’s. His interviews went quite well and was told to start in two weeks’ time. James was assigned to work at the powder coating. James has been at this job for four months now.

Ben is extremely happy with his work and work ethics. He is always on time and has not missed a day’s work. He is quite conscientious in what he does. This shows his eagerness to learn a new trade in Australia as well as his ability to learn new skills.

A great contribution to our community in Tamworth especially when all industries here in Tamworth are looking to fill vacancies as Tamworth develops to be a new ‘industrial ’gateway in the Northwest.

And here is a video of Lulu Mitshabu sharing her story of seeking refuge after having to leave her home in the Democratic Republic of the Congo: