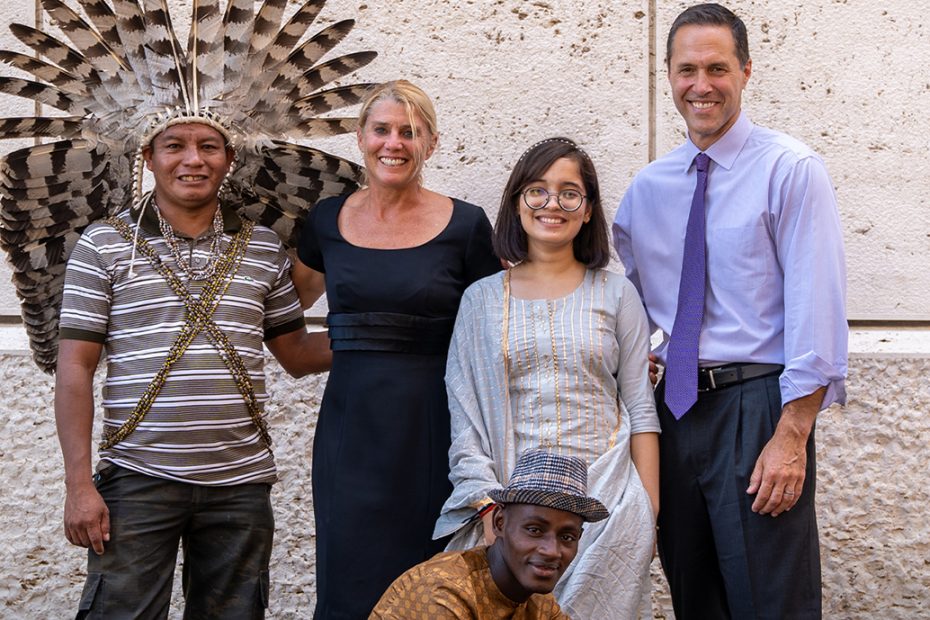 A ground-breaking documentary film has been released by the Laudato Si’ Movement telling the story of front-line champions from around the world and brings Pope Francis’ vision of Integral Ecology to life.

The freely available film opens with a young African man on the edge of the sea,

“Hello everyone. My name is Bilal Seck.

My home has been affected by rising sea levels.

Houses have been destroyed.

“The film follows these people coming together in dialogue with each other and Pope Francis himself. Throughout the film, we see the characters find unity in their distinct world views and strength in the common values we all share.”

This film is a call to action and you can share its message, the film and hold a screening through utilising resources on the website or contact OJEP for more information.

A 40-day prayer campaign has begun in the lead up to the next stage of the Laudato Si’ Action Platform’s next phase.

Beginning on October 1 and finishing on the World Day of Prayer for the Poor, 14 November, all are invited to pray in this campaign with prayers designed around the 7 Laudato Si’ Goals.

November 14 is when the Laudato Si’ Planning Guides and all related materials will be published, and all Catholics will be invited to make a deep commitment to creating their own Laudato Si’ Action Plans.

For more information on the prayer campaign, including resources and prayers go here

For information on the Laudato Si’ Action Platform: https://laudatosiactionplatform.org/