Looking Ahead to COP27 and COP15 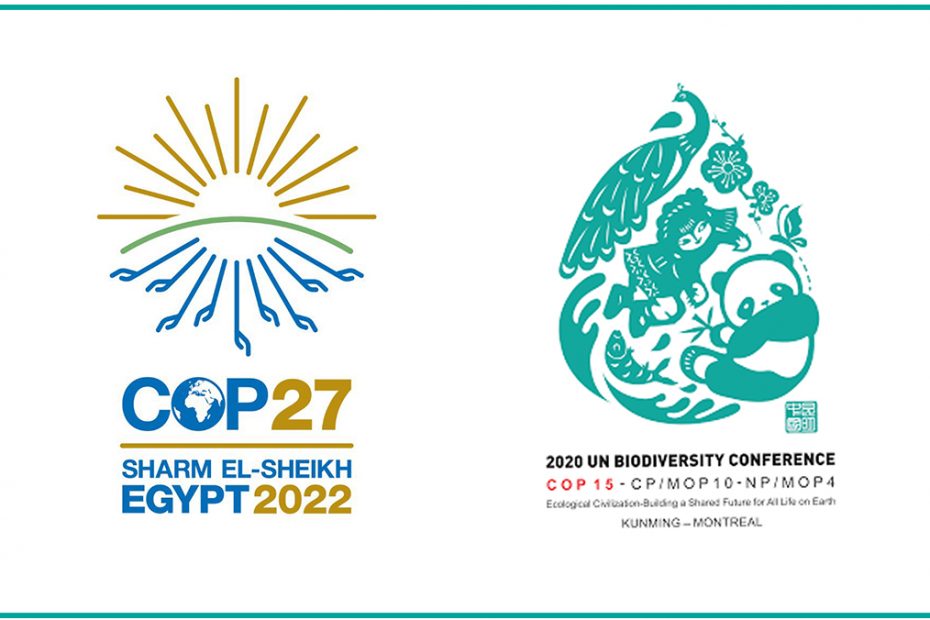 In his message for the World Day of Prayer for Care of Creation 2022, Pope Francis draws our attention to the” chorus of cries of anguish” around us – from earth itself which suffers degradation and destruction as a result of our consumerist excesses, from the many species which are dying out and being silenced by our negligence, from the poorest and most vulnerable among us who are least equipped to deal with the weather extremes associated with climate change, from First Nations peoples whose traditional lands are being ravaged by the predatory activities of extractive industries, and from children who are worried about what the future has in store for them.

The Pope speaks of the need for repentance and conversion. As persons of faith, he says we are called to an ecological conversion, not only as individuals, but communally.

In that context ,he gives particular emphasis to what we can do in relation to the major conferences occurring before the end of the year, the COP27 on climate in Egypt in November and the COP15 on biodiversity in Canada in December.

The Conference of the Parties (COP) 27 is the next opportunity that world leaders have to make ambitious commitments to changes which can reduce carbon emissions and limit the climate induced global temperature rise to less than 1.5 degrees Celsius. He calls on us as Christians to pray and work together to ensure that the commitments made in Egypt will do what is needed to achieve the Paris Agreement’s goals.

The Holy Father also urges world leaders to work together at the COP15 on biodiversity to forge an agreement which will halt the destruction of ecosystems and the extinction of species. He articulates a number of principles which should underpin such an agreement. Read the Pope’s Statement here.

The recently released State of the Environment Report for Australia paints a grim picture of what is happening in Australia including in relation to climate change impacts and the loss of biodiversity.

In the coming weeks, we hope to provide information and resources which will help you to understand what is happening at COP27 and COP15 and help you to find ways to take action for the common good of earth and all who live on it.